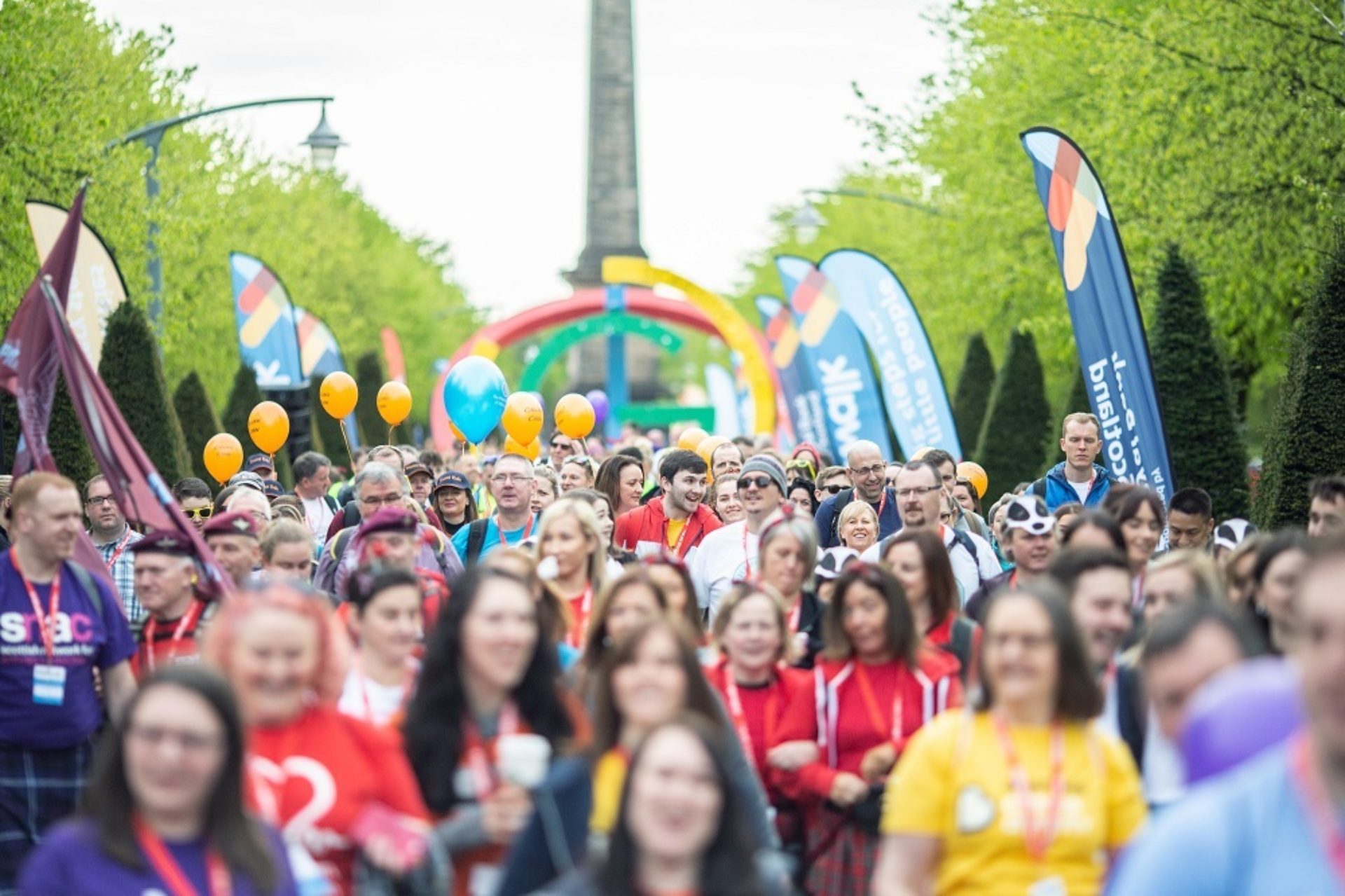 "I want Kiltwalk to be the lifeline for your charities and help you do good in your communities."

Sir Tom Hunter has called on every charity across the country to boost their coronavirus-hit incomes by taking part in Scotland’s Virtual Kiltwalk event this April.

In an emotional speech to the Kiltwalk’s annual Platform gathering – held online for the first time – the entrepreneur and philanthropist said he hoped that every charity in Scotland would get involved in the event, and benefit from the 50% top up donated by The Hunter Foundation.

He said: “I want Kiltwalk to be the lifeline for your charities and help you do good in your communities. The need has never been greater and Kiltwalk is one of the few remaining events still enabling fundraising to go ahead.

“Every Scottish charity is welcome. My message is: take my money and go and do good with it. Last year we had 906 charities involved. This year, let’s get more than 2,000. Why isn’t every charity in Scotland getting involved?

Scotland’s Virtual Kiltwalk takes place from Friday April 23 to Sunday 25 to allow charities to mobilise their supporters to raise much needed funds. Kiltwalkers are invited to don a bit of tartan and complete any socially distanced challenge they wish, from walking, running, cycling, hopping, skipping or jumping on a trampoline, to raise funds for the charity of their choice.

The event will include a number of virtual surprises for participants, including the giveaway of two mild hybrid Hyundai i20 cars and five electric bicycles by headline sponsor Arnold Clark.

Royal Bank of Scotland, also a headline sponsor, has confirmed its support will continue this year and in 2022.

She said: “The last Virtual Kiltwalk was tremendous for us. We had 128 official walkers and a few stragglers on the day last year, all wearing our T-shirts around the West Lothian community where we are based. So, not only did we raise funds, we also raised awareness - which is very important for a small charity like ours.

“We had people up mountains, doing burlesque dancing, riding bikes – just doing anything they could, and we will be doing the same again this year. We’ve asked everyone to bring a friend and we hope our numbers will double this year.”

Since The Hunter Foundation began supporting The Kiltwalk in 2015 it has raised almost £21m - double the target set by Sir Tom Hunter when he rescued the Kiltwalk charity in 2015. Every penny and every pound of the £13.9m raised by Kiltwalkers was paid-out to 2,100 different charities and this was topped-up by a whopping £6.7 million by The Hunter Foundation.